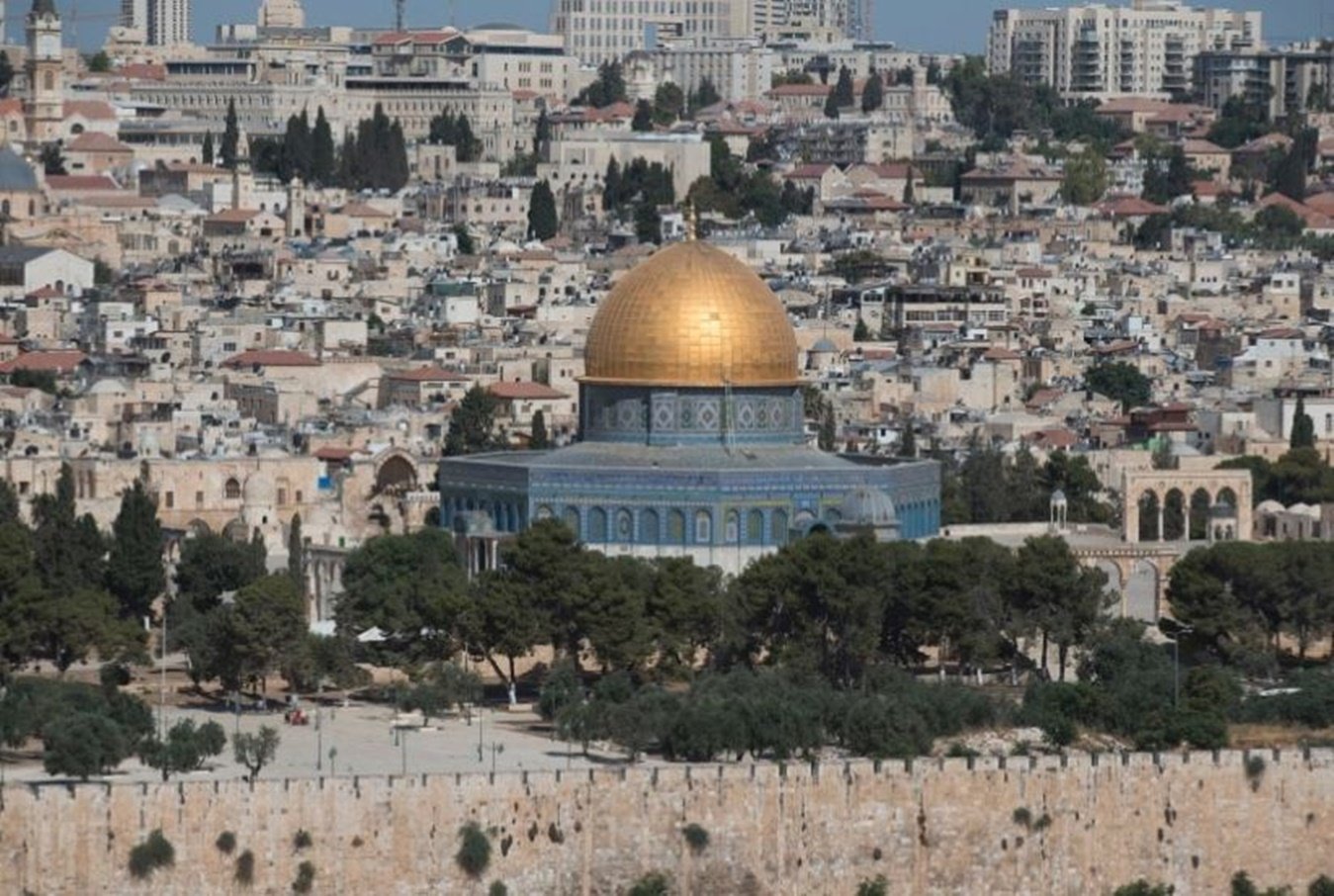 Al-Aqsa Mosque, also known as Al-Aqsa and Bayt al-Muqaddas, is the third holiest site in Islam and is located in the Old City of Jerusalem. The site on which the silver domed mosque sits, along with the Dome of the Rock, al-Haram ash-Sharif or "Noble Sanctuary." Muslims believe that Muhammad was transported from the Sacred Mosque in Mecca to al-Aqsa during the Night Journey. Islamic tradition holds that Muhammad led prayers towards this site until the seventeenth month after the emigration when God directed him to turn towards the Kaaba.

The mosque was originally a small prayer house built by the Rashidun caliph Umar but was rebuilt and expanded by the Umayyad caliph, Abd al-Malik, and finished by his son al-Walid in 705 CE. After an earthquake in 746, the mosque was completely destroyed and rebuilt by the Abbasid caliph al-Mansur in 754 and again rebuilt by his successor al-Mahdi in 780. Another earthquake destroyed most of al-Aqsa in 1033, but two years later the Fatimid caliph Ali az-Zahir built another mosque which has stood to the present day. During the periodic renovations undertaken, the various ruling dynasties of the Islamic Caliphate constructed additions to the mosque and its precincts, such as its dome, facade, minarets and the interior structure. When the Crusaders captured Jerusalem in 1099, they used the mosque as a palace and church, but its function as a mosque was restored after its recapture by Saladin in 1187. More renovations, repairs and additions were undertaken in the later centuries by the Ayyubids, Mamluks, Ottomans, the Supreme Muslim Council, and Jordan. Today, the Old City is under Israeli control, but the mosque remains under the administration of the Jordanian/Palestinian-led Islamic waqf.